Where an estimated 90% of all hazardous bulk chemicals,  may be transported in multi-purpose tank containers, UN Portable tank type T11, the balance are likely cargoes whose properties and characteristics require specialized tank containers with unit types T14 –T22. This is because of variety of factors. From the cargo density which can be expected to be above 1.0kg/litre to chemical composition and their primary and secondary hazards that finally determines its UN Portable unit type under IMDG. Broadly we are able to divide these cargoes into four classes that sees the most high hazard cargoes transported in UN Portable tank unit types T14-T22. 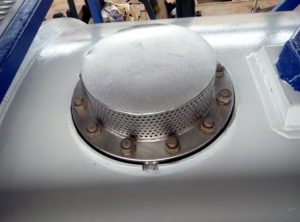 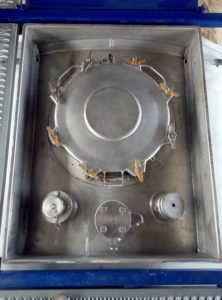 Made to measure specification tank containers are those that suit special conditions mostly related to the cargo, its density, corrosive properties, toxicity or perhaps a high heat melting point? In other instances it could be the area of operation. Example: phthalic anhydride, it is a class 8 cargo UN 2214. Besides a density of 1.53kg/litre what stands out besides this is its melting point of 132˚C. We refer to these cargoes as high heat cargoes. Here the answer is a small capacity not exceeding 20,000litre of a design that is able to tolerate dilation of vessel in excess of 5.0mm. Furthermore the specification has to include super insulation, effective steam heating area of not less than 10meter square and steam traced bottom valves. Other cargoes that represent similar challenges are molten Sulphur and Caprolactam.

An example where area of operation typically requires a ‘’made to measure design” approach are tank containers purpose designed with build double wall-otherwise referred to as secondary containment designed and build according UL142 and ULC142 that cover horizontal atmospheric type steel tanks for the storage aboveground of flammable and combustible liquids. These tanks are mostly deployed for stationary installations as covered by the Flammable and Combustible liquids code of the National Fire protection association, NFPA. 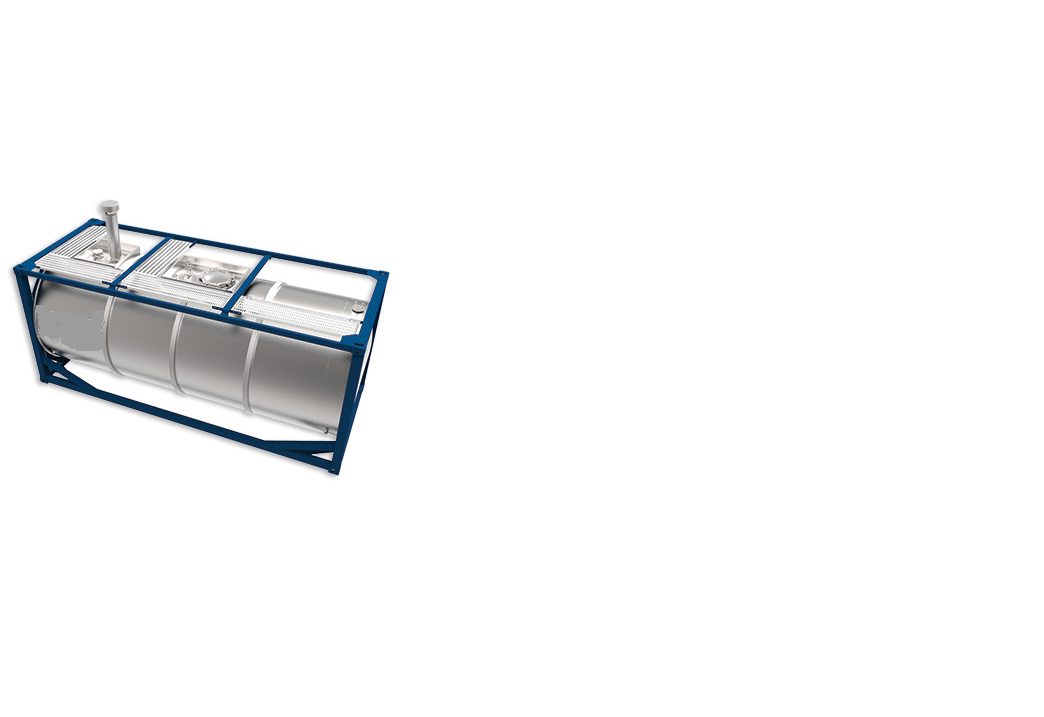 The precious metals mining industry is the world’s main cyanide consumer. Here, sodium cyanide has vied as the most efficient and cost-effective complexing agent for dissolving finely distributed microscopic and sub-microscopic gold and silver particles from the ore.

The Process in brief:
Sodium Cyanide is loaded into the tank container via three top manholes as a dry material before water is piped in via the side water inlet to dissolve the sodium cyanide. The side bottom outlet has a drain filter to avoid undissolved sodium cyanide getting caught up in the flow during discharge. This sodium cyanide solution will ultimately be used in the mining process. The final goal of this process is the extraction of gold and silver.

In consideration of the severe toxicity of sodium cyanide is essential to ensure any dust emissions of dust in the atmosphere are avoid, equally all necessary steps must be taken to avoid any spillage of dissolved sodium cyanide.

Tank Container for Nitric Acid Above 70%

Among the many important reactions of nitric acid are neutralization with ammonia to form ammonium nitrate, a major component of fertilizers; nitration of glycerol and toluene, forming the explosives nitroglycerin and trinitrotoluene (TNT). Nitroglycerin (the explosive component of dynamite) is made by adding nitric and sulphuric acids to glycerol under very carefully controlled conditions.

High concentration Nitric acid is incompatible with most materials, tank material, seals, gaskets, and linings. For seals and linings, only PTFE will b resistant.

This list contains data that amongst other points to the minimum required UN unit type and alternate unit types that Tankformator may offer for sale from time to time subject to availability. It is important that the list is read judiciously and it should be remembered that it is meant as no more than a commercial guide and should not be misconstrued and viewed as being the final touchstone before committing any containers to any operation.